Nah, we have a little more time (; Once the poll passes, there are additional 24 hours before it gets executed. So we are good until Thursday <:

You are correct. If the spread stays below 10% we’re fine tho!

A 400K USD buy will move by 11% the price of KO. I see it very likely during a liquidation event to have such a big buy pressure or more. If it happens will the liquidations be stopped? Maybe adjusting gradually the MCR could prevent this?

Liquidations may not be stopped. Gradual adjustment would have stopped this, but the community decided to, again, vote for something that aren’t in its best interests.

In case of mKO, the negative -5% premium is actually beneficial. If a liquidation starts at 110% CR, then price on TerraSwap is at 95% of oracle’s price. It seems that at least 600 k$ is needed to move the price by 15%.

But there is still some sell pressure! Take a look at CoinHall: 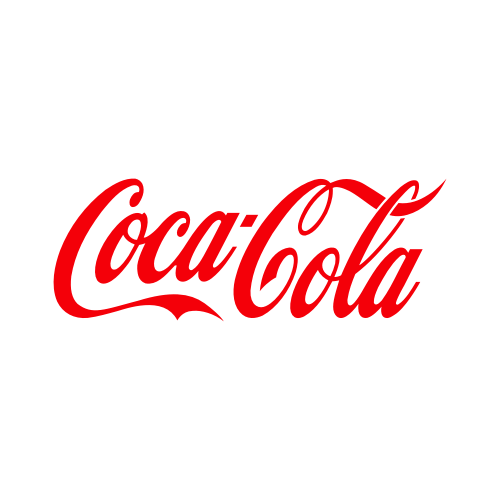 Today there was a spike that brought mKO’s price from 57 all the way up to 141, yet the price returned to reasonable levels within 1 hour. Volume during that 1 hour was 8 M. I assume that something similar may happen on Thursday.

Can someone help me understand the basis for this question?

From my understanding liquidations are optional. They can be performed by anyone who holds mKO. We know the mKO exist somewhere because it was generated by the protocol itself. If someone does not have mKO or cannot obtain it at a beneficial price they cannot liquidate someone. Whoever does have it can liquidate at the auction discount. So what’s the issue?

Also, can you confirm if the poll passes it doesn’t take effect until exactly 24 hours after?

So what’s the issue?

The issue is that once CR for people drop below 100%, then technically this asset becomes “undercollateralized”. Which may or may not cause people to panic sell, dumping the price hard, possibly bringing whole Mirror with it. On the other hand, once mKO price on TerraSwap drops low enough, then liquidations can resume, and most likely all the people marked for liquidation will be served sooner or later.

Generally I assume that liquidations don’t work exactly as you described. Liquidators are not people that happen to hold mKO, waiting to liquidate someone. If a liquidator sees that there is someone that can be liquidated, then he/she just buys mKO on open market, liquidates the positions, gets back the collateral and is in profit, because he/she paid for mKO less than he/she got in returned collateral. The problem starts once the TerraSwap price goes up so much that liquidating someone would basically mean loosing money, because you have to pay e.g. 100 UST to get back collateral that is worth 90 UST.

Also, can you confirm if the poll passes it doesn’t take effect until exactly 24 hours after?

It is not exactly 24 hours, usually a little bit longer, like 24 hours and a few minutes. This time fluctuates, because I think the delay is expressed in number of blocks, and block time is not exactly constant. Anyway - you can see it already for yourself - both polls about rising MCR have passed, their execution time is (currently) in 23 hours, at 08:54 and 08:55 tomorrow (my local time). I’m pretty certain they will not be executed before 9 AM (my local time) due to this block-time-skew I described above.

My worst case scenario is that liquidators will hit the defaults with highest MCR first (e.g. 129%) because they can capture more collateral on the liquidation. This will drive up the mKO price until lower MCR positions (more undercollateralized) are no longer profitable to liquidate. This would result in the smallest likely premium for mKO.
Then it will be up to profit takers (people that amassed mKO positions in advance of the short squeeze) to push mKO premiums back down until lower mKO prices make the more undercollateralized positions profitable to liquidate.
A more likely scenario is that liquidations will be somewhat random because different bots will make different selections. Random liquidation will push mKO price up even higher (because a greater total number of liquidations can occur before premiums make all liquidations become unprofitable) and again profit-takers will push the price back down until pending liquidations become profitable again.

I don’t see any major threat to the protocol emerging from this event (aside from the obvious PR issue that governance willfully chose to trigger $4 million of liquidations in one fell swoop).

$4 million of liquidations in one fell swoop

Do you see somewhere that there will be 4 millions in liquidations or is it simply a guess?

mKO originally had more than $4 million in positions in the change window, but it’s down to $3.5 million as of last night. With enough tweetstorms we could maybe get it a bit lower?

I also saw the liquidity in the KO-UST poll increasing a lot in the last 3 days and that is good. Is SPY in a similar situation?

SPY was not as popular for the looping strategy (probably because it was most heavily promoted when only mKO had 110% MCR) and it has similar LP depth to mKO, so I don’t anticipate as much pain in that market.

Edit: but I don’t have the actual numbers for how much mSPY will be liquidated

Where is the user interface for people to participate in the liquidation?

There is no UI to compete directly for liquidations (they are executed by bots, usually in the SAME block as the oracle prices that qualify them).

Any user is welcome to develop their own bots. The bots way to participate in the KO liquidation event is to hold the LP to facilitate liquidity.

Then it will be up to profit takers (people that amassed mKO positions in advance of the short squeeze) to push mKO premiums back down until lower mKO prices make the more undercollateralized positions profitable to liquidate.

From a profit taker point of view, it worked out pretty well

I think I’m the only person that lost money on this trade.

I’m sorry for the ones who lost money today, maybe not knowing what was about to happen, not everyone follows this forum or telegram or the governance section. It happened to me a lot in defi (for scams most of the times) and I know the feel.

Ultimately there is not a lot we can do as a community. If we had done this in 4 steps, people still would have been liquidated and complained. The protocol security is more important than coddling users who are too lazy to check if their highly levered yield farming strategy requires any change.