NB: Please spread the word about the likely change in mKO and mSPY so users aren’t liquidated en masse. While the people who originally lowered the MCRs are utterly clueless and hate Mirror, we don’t need cascading liquidations.

“people who lowered the MCR are utterly clueless”

ALL MCRs should be lowered. Your fear of cascading liquidations I feel is a bit fear mongering. And heck iwhoever put it in the vote to raise it will be the one causing the masss liquidations if they do occur. Wheres the logical thinking here? Raising the two mAssets to a higher MCR is not going to solve there premium issues. They are still the lowest on Mirror. All you will be doing is causing liquidations and for those that checked will simply increase collaterall and continue looping. Drop all assets to 130% (i think 110% is fine imo) and you will not have issues with negitive premium in these two tickers.

The stock market is far less volatile than crypto market, which is why I think that MCR should be lowered to 110 on all mAssets, and liquidations to become automatic on 105%, with 5% fee going to MIR protocol.

How is 110% fine when currently we need a min of 125% to pay the liquidator and have the mAsset fully backed?

That isn’t how the system currently works. But it could work that way in the future if we lower the liquidation premium. (IE dropping the fee, and allowing crypto assets to drop to ~110% with a 5% cushion) However, it is absurd to suggest that for stocks. 110% would result in protocol insolvency within days or weeks.

Also, the thinking that the protocol change was done by MSC is incorrect. It was done by a third party. Beyond that the goal is not affect premiums, it is to protect against protocol insolvency.

The problem is the conception that volatility is useful in this example. Many aspects of crypto are unique, but people try to hammer in tardfi concepts. Assuming the oracle is robust and the liquidator is robust, we will execute liquidations within 10-30s. This is fine. However, the main issue is that after market oracles are not good. (I believe these should be removed.) And even with aftermarket there are frequently gaps of over 2 days with price updates with gaps commonly exceeding 20%.

This is a very common misunderstanding BTW.

Take a look at what happened to TWTR on Monday this week, before suggesting that 110% is OK for all stocks.

What difference does it make? In case of TWTR anyone with a collateral ratio lower than ~120% would make the protocol insolvent within 1 second, as the first price reported after the weekend was ~20% higher than the last one reported on Friday. Such positions would not be liquidated, because why would anyone be willing to put-up 100$ on liquidation to get collateral worth 90$? This would potentially crash whole MIR, all mAssets and most likely also impacting LUNA and UST. Note that TWTR did not increase fast, but gradually, on the span of several minutes or whatever. Its price increased instantaneously. Here’s a 1-minute chart for you. 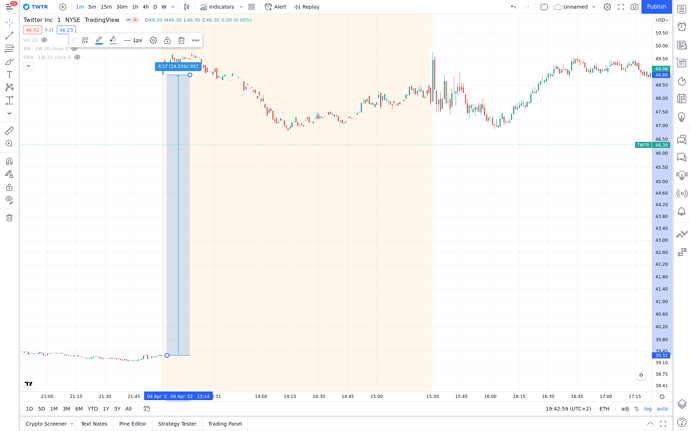 The price of mAsset on terraswap did not take much longer to increase to that level. 10 minutes after market open it was already over 10% higher than on the weekend. 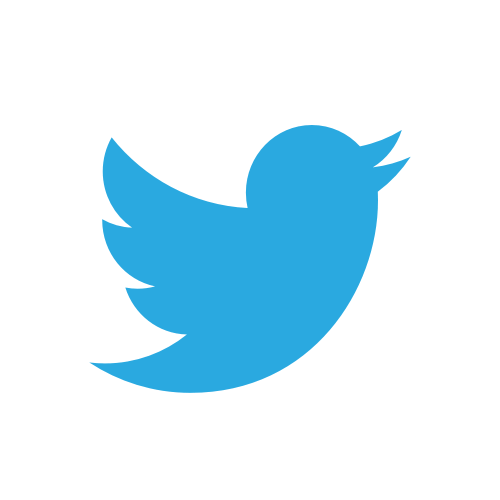 The only way 24/7 Minting would work/help is if the Oracle Price was replaced during off-hours w/ a blended oracle that takes current swap price into account. This would assume that the mAsset would initially be pegged to the Oracle, and then, during off-hours, drift in the direction of the speculative move observed at the start of trading. Otherwise, as Freddie mentioned, it would make no difference. Given that such speculation isn’t really observed in mAsset price action, due to the rather miserable pegging mechanism we have currently, I don’t think it’s a solution as things currently stand. I’d be open to getting such a mechanism working down the line, but definitely not now, same with lowering MCRs to < 1.3. Swap price first needs to change to be driven by traders, investors, and speculators, not yield farmers.

Dude I dont see your point??? This is the stock market. This shit happens. Is your point to protect users from liquidations at all points in time?? Because that is not logical. Anyone that overleveraged themselves and had an open loan would be liquidated thats the name of the game. Same as if you were short calls on twtr your account would have blown up, Yet however the Finanacial institutions didnt stop you from selling calls. Why should we play babysitter?. If your too dumb to put yourself in reckless situations then you deserve to pay the price. Simply lowering MCR does not mean that you should DO THE ABSOLUTE MINIMUM MCR.

My point is very simple. Imagine that someone has 100$ worth of mTWTR, backed by 111 USD of collateral. MCR is above your minimum proposed value of 110%. Now on Monday’s open this position is suddenly worth 124$, but still backed by 111 USD. Who would liquidate it? Why would anyone liquidate it? It would cost the liquidator 124$ to get 111 USD worth of collateral, which doesn’t seem like a great deal. This means that most likely noone will liquidate it and now Mirror is the issuer of some tokens that are backed by nothing. Protocol is insolvent. Soon a death spiral starts. Everyone sells everything. Whole thing crashes. The last person leaving turns off the lights.

Sure, there is a short window of time during which you can still buy mTWTR below oracle price on Terraswap, but with mass liquidations this window will be super short, which means that it is more than likely that some positions would still remain open while the price is already up. 1 M$ of volume causes a 24% spread right now, and on last Monday’s open there was a volume of 3 M$ within 1 hour.

Stop insulting people that try to explain to you how liquidations work.

Currently if they sit at 130% it shouldnt be an issue. Yea this TWTR thing happens a couple times a year. Its the cost of doing business. and if the liquidator cant liquidate the position ( steps need to be taken. I also dont like the fact that these High MCR stocks allow the liquidattor to get 15%-30% instantaneously. Its a double edge sword bro on both sides so we need to adjust all stocks to 130%

Like what steps? The liquidation on Mirror is about buying an m-asset on Terraswap, using market prices, you repay someone’s loan with this m-asset you bought and get the collateral for that position in return. If you cannot buy the m-asset for a price which is lower than the collateral, this basically means that Mirror is on the edge of being bankrupt. You suggest that in such extreme case Mirror should use the treasury to liquidate someone? This is a quick path to dumping MIR price even more in the long term, and basically a “tax” on everyone to pay for people with too low MCR. What point does it make?

110% is too low for stocks, period. Maybe 130% would be ok, you have to check what was the highest positive gap in the last few years to determine that.

It has been explained to you numerous times why you are wrong, yet you keep acting like a petulant child. Are you going to personally backstop all funds that don’t have sufficient collateral?

No. I understand what you mean. However if we could get the MCR under control. Which we may have to take some short term pain for long term gain. Its worth it. My original ranting and whining was simply saying, and so far have been dead on point raising 2 mAssets wont do anything to premium. All mAssets need to be the same MCR( i can maybe understand crypto being higher) and currently there is only 3 mASsets where your doom and gloom mirror goes bankrupt happens. This is something that can happen now and we can potentially solve atleast 3mAssets problems with no rewrites to the underlying code. I will put my $$ where my mouth is

You are incorrect and I hope your proposal fails and you drop this asinine rant.

what a thoughtful and educated response. I sure learned something from “you are wrong” and how convienent you decide to answer after our little tussle

Putting 110% collateral on all assets would make it easier to get liquidated, liquidations help prices be pegged. Degens would lose more money, the protocol would maintain better prices, and stakers would earn more money.

So there are at least two people here, who do not understand the danger that an insolvency event would pose to MIR and possibly also LUNA. I guarantee you that in case of something like that would happen, not only degens or loopers would loose money - we all would loose everything locked in Mirror.

If the collateral falls under 100%, then you would never get liquidated. You are fundamentally incorrect.